Tirupur known as the knitwear capital of India, is located in Tamil Nadu, India. In the 1990s, garment exports from this region grew tremendously. However, infrastructure and other basic amenities did not meet with the requirements which lead to the formation of separate Corporation and separate district Tirupur that would meet the development needs and aspirations. Tirupur District was bifurcated on February 22, 2009 from Coimbatore and Erode Districts.

Tirupur predominantly had an agrarian base with irrigated farms. Over the period the farmers became small owners of various textile related units that started proliferating from the 1970s. The boom in the textile industry led to flourishing inter-woven network of small-scale units, and the city rapidly grew to the stature of a major textile hub in the country.

Tirupur accounts for 90% of India's cotton knitwear exports. It has been at the forefront of the Indian textile industry for the past three decades. It contributes to a huge amount of foreign exchange every year. Exports for 2016-17 stood at about Rs.250 billion. It provides employment to over 600,000 people.
The Government has set up Special Industrial Parks in Tirupur to support the textile industry, that includes Nethaji Apparel Park (NAP), Tirupur Export Knitwear Industrial Complex, SIDCO Industrial Estate, and J.S.Apparel Park, the NAPhas 53 companies manufacturing knitwear for exports. It provides employment to 15,000 people and generates export revenue of Rs.15 billion. The Tirupur Export Knitwear Industrial Complex was established in 1992 and has 189 sheds built over an area of 4,200 square feet. Some of the world's largest retailers including C&A, Nike, Walmart, Primark, Adidas, Switcher, Polo Ralph Lauren, Diesel, Tommy Hilfiger, M&S, FILA, H&M and Reebok import textiles and clothing from Tirupur. 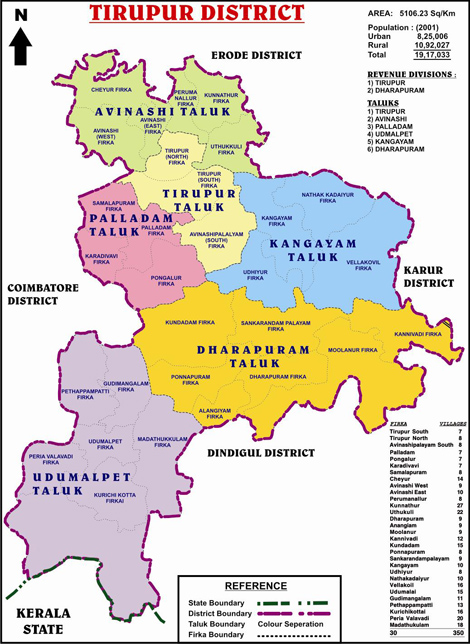 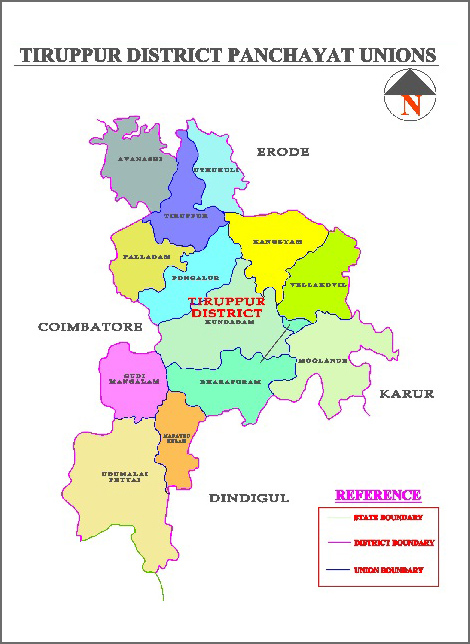